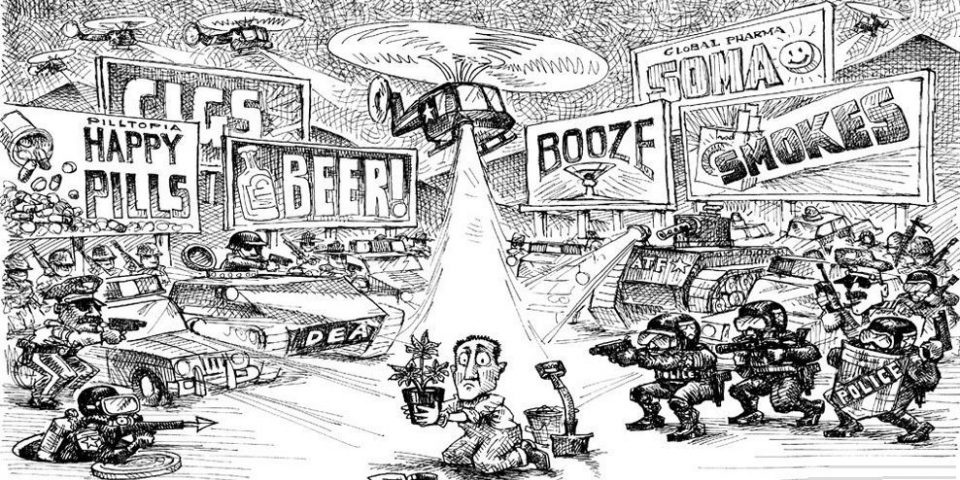 16 Reasons To Legalize Cannabis/Hemp in India

India shares an undeniable connection with Cannabis, with its roots going back thousands of years. However, the substance is still illegal to grow and consume.

Due to baseless concerns and factors that are irrelevant in this millennia, people in India are deprived of the benefits this plant offers. It is a powerful plant that can grow quickly. It is also super low maintenance and can be used to make clothes, paper, and animal feed. The chemicals it naturally produces have a ton of medicinal benefits.

People in India are not just missing out on the physical benefits the plant has to offer, the country is also missing an opportunity to be a part of a booming billion-dollar industry.

According to a New Frontier Data report, Global State of Hemp: 2019 Industry Outlook, the hemp industry is booming and is expected to be worth over $145 billion by 2025.

Here are 16 more reasons why it should be legalized

#1 India Has A Rich History With Cannabis

Hemp has a rich history in India. It has been mentioned in the Atharva Veda as one of the five essential plants that helps one relax and relieve anxiety.

The Atharva Veda was written around 1000 B.C., giving India a cultural background that originated over 3000 years ago.

Lord Shiva, who is a part of the Holy Trinity of Gods, is known as the Lord of Bhang.

Even today, bhang, a derivative of the cannabis plant made from its leaves and seeds are used across India on festive occasions like Holi and Maha Shivratri in the form of bhang pills and lassi.

Although we’re legally allowed to partake in (a small portion of) our culture in this way, limits placed hinder the development of our economy and the advancement of medicine.

There are three main discrepancies between India’s cultural background and its current legislation. It is illegal to use:

Let us further discuss how lifting these barriers will impact the economy and medicine.

#2 It Is The Foundation Of A Better Economy

India is primarily an agrarian country. Agriculture is one of the most important sectors of the Indian Economy and accounts for 18% of India’s GDP.

Over 50% of India’s population is involved in agriculture. The main crops cultivated in India are rice, maize, wheat, pulses, and millets.

Allowing the cultivation of Cannabis will give the agricultural sector a much-needed boost.

It will open up a ton of avenues that will generate a lot of income and propel the economy forward as nothing else has.

This brings us to the next point.

Hemp is a versatile plant. It can be used to make clothes, dietary supplements, and even pet food.

According to New Frontier Data, hemp has applications in seven major product sectors.

Hemp can replace synthetic materials in our clothes. Since it can be produced cheaply, it is a viable replacement for harmful chemicals in soaps, beauty products, and dietary supplements.

Allowing the cultivation of hemp also removes the need for importing alternative substances. Manufacturers will prefer to source their hemp from local vendors. It will keep the cost of products low and increase the quality of the final product.

The current value of the global hemp fiber industry alone is $4.6 billion, and is projected to grow to a tremendous $26.6 billion by 2025!

It translates to having a compound annual growth rate of 34%. Lifting restrictions will allow the Indian economy to rekindle and will jumpstart a whole new industry.

Hemp fibers exhibit great strength, and according to this study of the physical and mechanical properties of hemp fibers, the fibers have a specific strength and stiffness that can be compared to glass fibers.

Using hemp fibers as an alternative to other materials will make for stronger, more durable clothing.

Not only are they strong, but they also give the weaver the flexibility to create anything from dresses to sacks and shoes with ease.

Lastly, hemp fibers are very eco-friendly. They are naturally resistant to insects and pests, improve the quality of soil wherever grown, and they can be grown with ease in any climate.

#5 It Can Eradicate Unemployment

The unemployment issue is at its peak in India. A whopping 8.45% of the Indian population is currently unemployed.

Introducing a new, hot industry like hemp to the market will create avenues that can almost completely eradicate the unemployment problem.

Hemp has multiple uses. Therefore, the hemp industry as a whole will be multi-faceted. As previously mentioned, the cultivation of this one plant will bring change in seven major industries.

Allowing the cultivation of hemp will create millions of jobs in:

According to the 2018 annual report by the International Narcotics Control Board, India is one of the major hubs for drug trafficking.

Legalizing hemp will remove the need for trafficking, and will significantly reduce profitability for smugglers. As a result, drug trafficking will weed itself out on its own.

The claim is not baseless. Let us take the circumstances in the USA as an example.

Post legalization of Cannabis in 2018, border patrol agents in the USA seized 78% less marijuana than they did in 2013.

Also, the value of any drugs seized by the agents fell by 70%!

Legalizing, it will have a ripple effect, which will also reduce other criminal activity associated with illicit production and smuggling of Cannabis.

Hemp has a lot of health benefits. It can:

#8 It Is A Natural Stress Reliever

The Centre for Disease Control and Prevention reports that 110 million people die each year due to stress.

The symptoms of stress include:

According to a study published in 2018, Cannabis helps alleviate stress and is an effective treatment for depression.

On a lighter note, a recent study reports that cannabis users feel more fulfilled, satisfied, and happy in general.

#9 It Is A Natural & Non-Toxic Medicine

Hemp is a powerful and non-toxic plant and has been used as medicine throughout our history.

The first recorded medical use was in ancient China, where it was used for pain relief and as an anesthetic. The Romans also used it for relieving pain and for curing stomach ailments. Post legalization in the USA, 41% of cannabis users reported in a reduction of use in over-the-counter medication.

Furthermore, 39% of consumers reported using Cannabis instead of prescription medication.

The stats indicate that Cannabis is more effective at relieving pain than chemically-loaded medication is. Also, Cannabis does not have any side effects, making it a superior choice.

According to a study by the Stockholm Environment Institute in 2005, hemp takes a lot less water to grow than cotton does. Its growth is also not limited by climate like cotton and can be grown in any environment. Additionally, hemp is naturally resistant to insects and pests. This keeps the plant healthy and does not harm the soil.

Furthermore, planting hemp is excellent for the soil. It produces a high quantity of biomass and holds the soil together tightly, reducing erosion.

For this reason, hemp is considered a dominant rotational crop.

Hemp takes 110 days to be ready for harvest, and the average grain yield per acre varies from 50kgs – 600kgs depending on how well it’s grown. On the other hand, when harvesting for fiber, the crop yields anywhere from 0.75 to 1.5 tonnes per acre.

This makes it a quick-growing cash crop.

Since agriculture is void from tax in India, all the revenue generated from the cultivation of hemp will help lift farmers out of poverty. Hemp seeds are found to be one of the most nutritious food sources on the planet.

Three tablespoons (30g) of hemp seeds have 9.46g of protein. The seeds are a great source of the nine essential amino acids.

They are rich in vitamins and minerals. Hemp seeds supply:

They are also a great source of iron, zinc, and vitamin B derivatives.

44% of the children in India under the age of five are underweight, and two out of three child deaths are due to malnutrition.

Food products made from hemp seeds can be a cheap and easy way to solve the malnutrition problem in India.

#13 Stringent Laws Are Unnecessary for A Product This Useful

The NDPS Act of 1985 defines the law when it comes to the use of Cannabis. According to Section 20 of the NDPS Act

As mentioned, Cannabis is nature’s relaxant and helps relieve stress. It also has many health benefits.

For something as harmless as Cannabis (no recorded deaths directly due to Cannabis itself), such extreme imprisonment sentences are unnecessary.

Lifting the restrictions posed on Cannabis will enable people to unlock their creative side.

They were also more extraverted and open to new experiences. Openness was found to be the critical difference between users and non-users, which explains the enhanced creativity.

Cannabidiol (CBD) is a principal non-psychoactive constituent of Cannabis.

Scientists at the Scripps Research Institute did a study of this component.

It supplies preclinical proof of principle that CBD has a unique treatment potential and will help prevent relapses in drug addicts.

#16 Hemp Answers All the Basic Needs of Man

Hemp is a versatile plant that can suffice most of man’s basic needs. It is a source of food and can be utilized to create shelter and clothing.

It also helps regulate the mental state of the user – making them happy and satisfied. India has missed out on countless opportunities for a better economy and a booming market time and time again – only because of restrictions placed on Cannabis.

Making Cannabis illegal has not served its purpose in India, either. It remains popular among the youth.

On the other hand, other countries, including the United States of America, that pressured India into making it illegal in the first place have moved on and generated billions of dollars in revenue in just a few years.

Cannabis is culturally accepted in India, and it is time that the government makes good use of the undeniable fact.