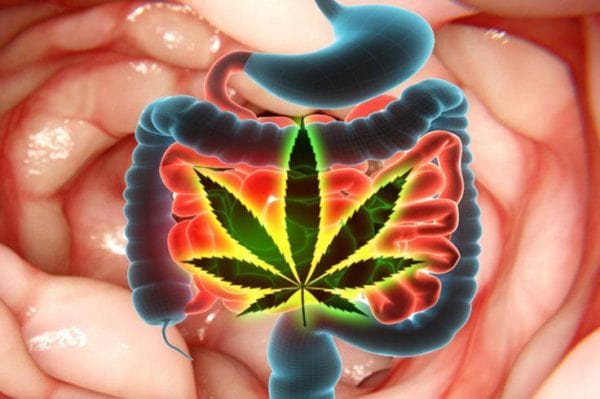 Inflammatory bowel disease (IBD) can be an excruciatingly painful and uncomfortable condition on a daily basis. Long-term Cannabis use is beneficial for Inflammatory Bowel Disorder says new study.

With IBD patients having to deal with abdominal cramps and pain, diarrhea, fever, severe urge to move bowels, weight loss, and even other complications such as iron deficiency anemia and loss of appetite, it’s critical to find a natural treatment.

But Israeli researchers have just discovered that long-term consumption of whole-plant cannabis may just be the key to reducing symptoms in IBD patients. They have also found that doing so reduces the reliance for prescription drugs, which is particularly helpful for patients with treatment-resistant IBD.

The study, which was published in the European Journal of Gastroenterology and Hepatology, involved analyzing long-term effects of daily cannabis consumption among 127 IBD patients. The subjects involved in the study typically had either ulcerative colitis or Crohn’s disease, and less than 70% of them were consuming cannabis.

The researchers found that the overall symptoms showed significant improvements over a period of 44 months; during this time, the subjects were consuming around 30 grams of marijuana per month for treatment.

“We found that most of the patients were satisfied with medical cannabis treatment and experienced prolonged improvement in disease-related symptoms, specifically abdominal pain and number of bowel movements per day. Improvement was also supported by the significant decrease in the clinically based Harvey-Bradshaw disease activity index,” they write.

Additionally, the researchers also reported that cannabis was found to be beneficial in reducing the patient’s need for prescription medications, while helping with weight gain and increasing the chances of them going back to work full-time.

“Our findings.. demonstrate that the clinical improvement achieved with medical cannabis treatment was also associated with improvements in patients’ daily functioning,” reads the conclusion. “In summary, this study presents a real-life cohort of long-term cannabis users with IBD. In this cohort, cannabis resulted in improvements in symptoms and general functioning. Long-term side-effects were mild, and optimal doses were defined…. [C]annabis is used by many IBD patients, and our real-life data provide us with important information which can guide the management of these patients until more information is available.”

IBD affects some 1.6 million Americans, many of whom are diagnosed before turning 35. Considering how young most patients are, IBD can easily disrupt one’s quality of life. Though IBD isn’t curable, there is treatment available, though most of it is in the form of anti-inflammatory pharmaceutical drugs. In many cases, these medications don’t work for many people, or even have side effects. In severe cases, some patients may need to turn to surgery. That is why it has become increasingly important to find natural solutions, and cannabis has shown to be promising for a great deal of patients.

Studies dating as far back as 2010 already show that the compounds in cannabis are beneficial for treating IBD. In one study shared by the British Journal of Pharmacology, animal models with intestinal inflammation were successfully treated by THC when it came to eliminating inflammation. The scientists also found out that CBD in conjunction with THC was the most effective in treating inflammation, particularly when THC was given in low doses together with CBD. People with IBD also suffer from unintentional weight gain or weight loss, because the nature of this condition makes it difficult to digest food. Since the body is unable to process the nutrients we need, oftentimes people end up losing or gaining too much weight.

For patients who struggle with gaining enough weight, cannabis can help with that too: a little cannabis is all you need to induce the “munchies.” A 2012 study even analyzed 13 patients with IBD, and they were shown to gain weight while improving their body mass index. They also saw an overall improvement in their quality of life after treating themselves with medical cannabis.

Other symptoms that cannabis can help with also include pain and sleep.

So if you know someone suffering from IBD – share this article with them!