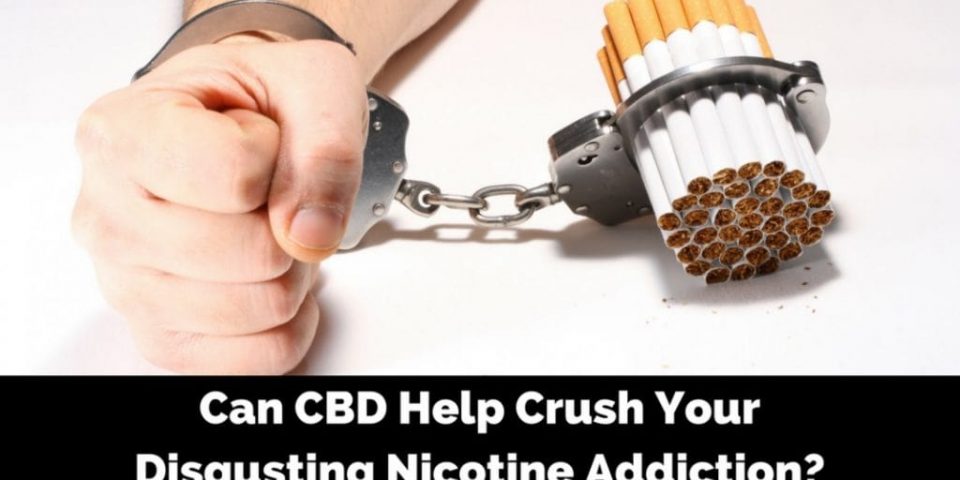 We all know how cigarette consumption could lead to harmful effects on one’s body. Individuals, especially younger ones, have become accustomed to smoking due to increased stress and busy life in an overly capitalist system.

However, recently, a team from the University of London has found that using a metered dose of Cannabidiol can reduce cigarette consumption in tobacco smokers.

Cannabidiol (CBD) is a non-psychoactive component of the cannabis plant. It has a very different effect on the receptors when compared to tobacco. It decreases the craving of smoking tobacco in an individual, which leads to less tobacco consumption.

The Team Behind the Study

The experiment was carried out by Celia J.A. Morgan, Ravi K. Das, Alyssa Joye, H. Valerie Curran, and Sunjeev K. Kamboj, who belong to the Clinical Psychopharmacology Unit of the University of London.

Their experiment not only defines how Cannabidiol can reduce tobacco consumption, but also how it can medically come into use.

Cannabidiol has shown a positive effect on the control of issues such as anxiety and depression.

It is the primary neurotransmitter of the endocannabinoid system, which helps fight these problems.

The Procedure for Conducting the Study

The study of the Cannabidiol effect was done on 24 people who were already having more than ten cigarettes a day and expressed an intention to quit smoking.

These individuals were between the ages of 18-35 and were physically fit and had no medical records of illness etc.

The institutional ethics committee (UCL Graduate School) has approved it, and the Declaration of Helsinki was used as the guidelines.

The group of 24 people was divided into two.

The first group was given the CBD inhaler, whereas the second group was made to think that they were given CBD, like a placebo effect.

The Effect of Cannabidiol On People

In this test, the participants from the first group were given metered doses of Cannabidiol through an inhaler. The second group was also granted the same dosage of an inhaler without CBD.

These participants were instructed to use the inhaler whenever they felt like having a cigarette. They were also asked to note the event in a diary and send a text message whenever they had an inhaler. This made record keeping easy.

Each dose had administered a dosage of 400 micro-grams CBD dissolved in absolute ethanol ≈5%, and the placebo group was given just ethanol without CBD.

Dependence was assessed with the 4-item severity of the dependence scale (SDS).

Trait impulsivity was assessed using the Behavior Impulsivity Scale. They were also asked on a scale of 1-100 on how much they were craving for tobacco.

The results achieved through this study did not affect the group going through the placebo effect.

But the group that consumed CBD had decreased craving by more than 50% and were less likely to smoke tobacco.

It is the first such study that indicates CBD as the best source for reducing smoking tobacco.

Preliminary data suggest that the effect of CBD is excellent for tobacco smokers, and larger-scale studies have started to see how much can CBD helps in other areas as well.