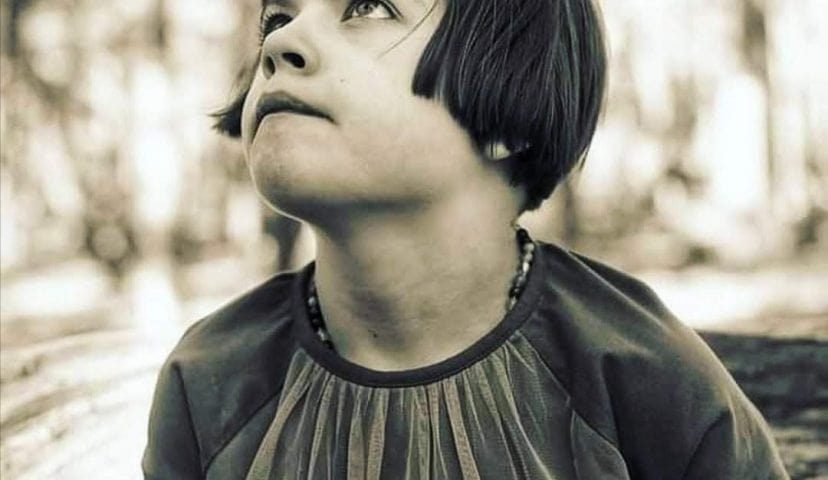 During her short time in this world, Charlotte Figi moved mountains.  The young girl, who became the face of the medical marijuana movement, died of a seizure on Sunday, April 7th. After Charlotte and her family recently fell sick with coughs, fevers, pains, and problems breathing, Charlotte was admitted to the hospital due to a seizure, where she was subsequently tested for the Covid-19 virus.  The test came back negative, but her mother Paige questions whether it was too late to yield a positive result.  As Charlotte seemed to improve, she was released from the hospital on Sunday, however, was readmitted Tuesday morning, where she died later that day.

For those familiar with the inspiring 13-year old, you know that the world has lost a gem and that her fight and her spirit has impacted the lives of thousands.  If you’re less familiar with this brave girl named Charlotte, here is her story.

Charlotte Figi was born on October 18th, 2006 to parents Matt and Paige Figi.  At just three months old, she experienced her first seizure. Although seemingly mild at first, the episodes started to increase in frequency and severity, and she later was diagnosed with a rare form of epilepsy known as Dravet’s syndrome.  She suffered from seizures daily, sometimes experiencing up to 300 a week.  The seizures impacted both her speech and ability to move, putting her in a wheelchair at age five.  Charlotte was rushed to the ER and hospitalized countless times.  Some of those times, her condition was so dire, her family said their final goodbyes.  After trying everything from potent prescription drugs to different diets, to acupuncture, the family turned to medical cannabis to help their suffering daughter.

At that time, around 2012, most strains of marijuana were high in THC (psychoactive component) and low in CBD (therapeutic component).  After desperately searching, Paige came across the Stanley brothers in Colorado, who had been breeding a strain that contained the properties which could possibly help little Charlotte.

After extracting the CBD oil from the strain (later named Charlotte’s Web) and administering it to their daughter, Charlotte’s parents immediately saw improvement.  The seizures that had occurred almost 300 times per week decreased to just once every seven days. The then five-year-old Charlotte was able to live again finally.  She was now able to eat on her own (after being on a feeding tube for two years), talk, and walk.  After years of being stricken by severe Dravet’s syndrome, she began to develop into a healthy, normal child.

Being the youngest person in Colorado ever to use medical cannabis, Charlotte’s case perpetuated the global fight for the legalization of medical marijuana.  She was living proof that marijuana wasn’t just a street drug for delinquents as it had been portrayed during Nixon’s “War on Drugs” campaign.  This little girl was showing the world, including doctors, researchers, and politicians, that marijuana could drastically improve and save lives.

Her success story was first highlighted in the 2013 CNN special by Dr. Sanjay Gupta, the chief medical correspondent, and neurosurgeon.  After witnessing first-hand the wonders marijuana could do for Charlotte and other sufferers of chronic conditions, Dr. Gupta changed his views.

“I mistakenly believed the Drug Enforcement Agency listed marijuana as a schedule 1 substance because of sound scientific proof. Surely, they must have quality reasoning as to why marijuana is in the category of the most dangerous drugs that have ‘no accepted medicinal use and a high potential for abuse.’

They didn’t have the science to support that claim, and I now know that when it comes to marijuana, neither of those things are true. It doesn’t have a high potential for abuse, and there are very legitimate medical applications…

We have been terribly and systematically misled for nearly 70 years in the United States, and I apologize for my own role in that.”

By the end of 2013, only 20 U.S. states had legalized marijuana for medical use.  The same year, the U.S. Department of Justice announced it would not challenge state marijuana laws.  Two years later, the Federal Government removed obstacles to marijuana research.

Today, 33 states have legalized marijuana for medical use, including the District of Columbia, Guam, Puerto Rico, and the U.S. Virgin Islands.  With this increased availability of medical cannabis to sufferers and the subsequent positive results, there has been a massive increase in research and interest in marijuana as a medicine.

Besides helping patients suffering from epilepsy, Crohn’s disease, and PTSD, further studies have found that marijuana is effective in the treatment of a plethora of other diseases, chronic conditions, and ailments.  It has been shown to relieve some of the symptoms of HIV/AIDs, cancer, glaucoma, and multiple sclerosis, to name a few.

Actor Michael J. Fox, who suffers from Parkinson’s disease, has been using medical marijuana to find relief from some of the disease’s symptoms.  His foundation for Parkinson’s research is supporting reclassification of the drug so that it can be thoroughly researched and funded for mass medical use, along with other foundations for epilepsy, Tourette’s syndrome, and other disorders.

Whoopi Goldberg, actor and medical marijuana advocate, has been using it to treat her glaucoma and is co-creator of “Whoopi & Maya,” a line of medicinal cannabis products designed to minimize menstrual discomfort.

As we mourn the loss of Charlotte Figi, the sweet little girl who fought for her life and, in turn, became the catalyst for the fight for medical marijuana, we can say she truly did create Charlotte’s web.  Thanks to Charlotte, legislation has changed, research approved and funded, and many lives have changed.  Showing the world first hand the power of medical marijuana with her bravery and determination, she will never be forgotten.