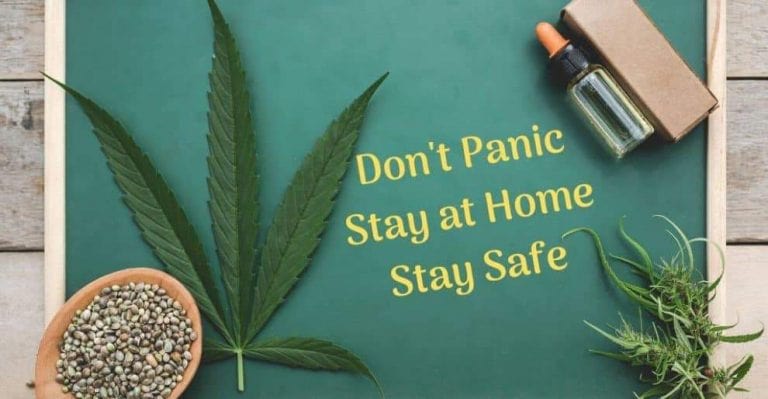 The escalating outbreak of the coronavirus has created a perfect storm for anxiety, isolation, and depression in our communities. Identifying constructive ways to address these mental health challenges is important not just for short-term health, but for long-term health as well.

Cannabidiol (CBD) oil has become increasingly popular in India and worldwide, especially throughout the 2020 health crisis caused by the spread of novel coronavirus. The non-intoxicating marijuana extract is credited with successfully treating symptoms associated with a wide variety of medical problems including anxiety and inflammation.

It’s no wonder that during a stressful global pandemic, many customers have turned to CBD Oil as a way of relieving stress.

CBD oil and related products are advertised as containing CBD from hemp, defined in NDPS Act as cannabis plants that contain 0.3 percent or less of psychoactive compound THC. CBD doesn’t produce a high, and consumers swear it helps with aches and pains, anxiety, and other ailments such as sleeplessness.

But Is It Safe & Effective?

Yes, cannabinoids have immunomodulatory effects. This means that they can restore balance to the immune system. If there is too much or too little of an inflammatory response, cannabinoids can help keep this to a happy medium. This does not mean that cannabinoids can beat viral infections.

For a report published in the journal Neurotherapeutics in 2015, scientists analyzed this preliminary research and found that CBD oil shows promise in the acute treatment of conditions like generalized anxiety disorder, panic disorder, social anxiety disorder, obsessive-compulsive disorder, and post-traumatic stress disorder.

While there’s currently a lack of large-scale clinical trials testing the use of CBD oil in the treatment of anxiety, a small study published in Neuropsychopharmacology in 2011 determined that CBD may help alleviate social anxiety.

Results revealed that pre-treatment with CBD significantly reduced anxiety, cognitive impairment, and discomfort while participants were delivering their speech.

One investigation found that, compared with a placebo, a CBD dosage of 160 milligrams (mg) increased sleep duration. The researchers also concluded that the placebo, 5 mg of the insomnia drug nitrazepam, and 40, 80, and 160 mg of CBD helped the participants fall asleep.

In one study on the effects of CBD, researchers found that cortisol levels decreased more significantly when participants took 300 or 600 mg of CBD oil. These results suggest that CBD affects the release of cortisol, possibly acting as a sedative.

A more recent analysis of CBD and sleep recruited 103 participants who had anxiety or poor sleep. The researchers studied the effects of CBD combined with those of other prescribed medications.

Many people still believe that depression is caused by a chemical imbalance — a serotonin deficiency. But this is a myth perpetuated by pharmaceutical advertisements. Serotonin is definitely part of the big picture — but the verdict is still out about who could use more or less serotonin, and depression is linked to many other neurotransmitter imbalances.

According to researchers, the major reason it works for seizures is that CBD protects neurons in the hippocampus — the exact brain area that is atrophied in depressed people — and there’s interesting evidence from both animal and human research:

Side effects and other risks of CBD

Overall, the available evidence suggests that CBD is well-tolerated. However, determining whether there are long-term risks of CBD use will require further studies.

So far, no reports of lethal CBD overdoses exist. Some researchers may be concerned about CBD abuse, but information on significant complications is limited.

Researchers do report that CBD may cause other adverse effects, including:

If these effects on drug metabolism and transportation are confirmed, it would indicate that CBD interferes with other medications. Overall, more research is necessary.

Still, it is a good idea for anyone who wants to use CBD to speak with a healthcare provider first.