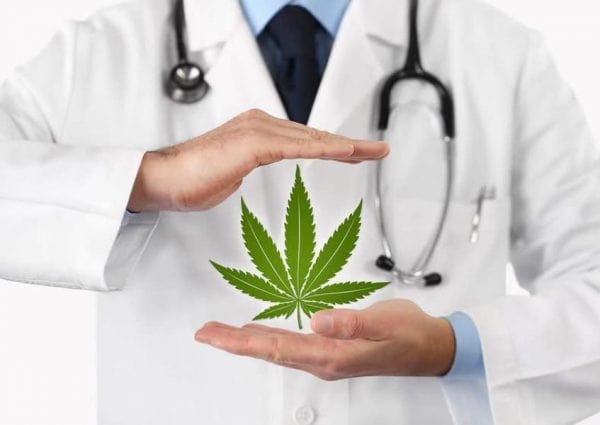 History on modern Therapeutic Use of Cannabis

In beginning of the 21st century, use of cannabis for its medicinal and recreational purpose has increased exponentially. Many countries legalized cannabis and have started research of their own to find out the potential of the plant. However, if we rewind a bit and look through the medical journals published by different medical institutions, it will put you in position to ask yourself, “why it was even illegal at first place?”

There is no pharmacological free lunch in cannabis or any drug. Negative reactions can result. A small percentage of people have negative or allergic reactions to marijuana. Heart patients could have problems, even though cannabis generally relieves stress, dilates arteries, and in general lowers the diastolic pressure. A small percentage of people get especially high heart rates and anxieties with cannabis. These persons should not use it. Some bronchial asthma sufferers benefit from cannabis; however, for others it may serve as an additional irritant.

There are more than 60 therapeutic compounds in cannabis that are healing agents in medical and herbal treatments. The primary one is THC, and the effectiveness of therapy is directly proportionate to the herb’s potency or concentration of THC. Recent DEA reports of increasingly potent marijuana there represent a major medical advance; but, incredibly, the government uses these very numbers to solicit bigger budgets and harsher penalties.

Arizona citizens, in November 1996, also passed, by an even greater margin – 65% – a drug declassification initiative that included medical marijuana, backed by among others, the late U.S. Senator Barry Goldwater.

Arizona’s governor and legislative, exercising their veto override ability on their state initiative laws for the first time in 90 years, struck down this popular initiative passed by the people Arizona citizens angrily responded by re-collecting more than 150,000 signatures in a 90-day referendum period and promptly returned the medical marijuana initiative to the ballot for November 1998. The following explains how people will benefit when the freedom of choice of doctors and patients is once again respected.

For the overwhelming majority of people, cannabis has been demonstrated literally hundreds of therapeutic uses. Among them:

More than 15 million Americans are affected by asthma. Smoking cannabis (the “raw drug” as the AMA called it) would beneficial for 80% of them and add 30-60 million person-years in the aggregate of extended life to current asthmatics over presently legal toxic medicines such as the Theophylline prescribed to children. “Taking a hit of marijuana has been known to stop a full blown asthma attack.” (Personal communication with Dr. Donald Tashkin, December 12, 1989 and December 1, 1997.)

The use of cannabis for asthmatics goes back thousands of years in literature. American doctors of the last century wrote glowing reports in medical papers that asthma sufferers of the world would “bless” Indian hemp (cannabis) all their lives.

Fourteen percent of all blindness in America is from glaucoma, a progressive loss of vision. Cannabis smoking would benefits 90% of the 2.5 million glaucoma victims, and is two to three times as effective as any current medicines for reducing ocular pressure!  Cannabis use has no toxic side effects to the liver and kidneys; nor is there any danger of occasional sudden death syndromes associated with the legal pharmaceutical glaucoma drugs/drops.

Many California eye doctors, through the 1970s, ‘80s, and ‘90s, discreetly advised their patients to use “street” marijuana in addition to (or to mitigate) their toxic legal glaucoma medicines. Since November 1996, California doctor can legally recommend, advise or tacitly approve cannabis use by their glaucoma patients who may then grow and smoke their own marijuana, or go to the few remaining Cannabis Buyer’s Clubs to acquire medical marijuana. (Harvard; Hepler & Frank, 1971, UCLA; Medical College of Georgia; U. of Northern Carolina School of Medicine, 1975; Cohen & Stillman, Therapeutic Potential of Marijuana, UCLA, 1976; National Eye Institute; Records of Bob Randolph/Evy Musika, 1975, 1998.)

A tumor is a mass swollen tissue. Researchers at the Medical College of Virginia discovered that cannabis is an incredibly successful herb for reducing many types of tumors, both benign and malignant (cancerous). The DEA and other federal agencies had ordered these tumor studies done after hearing erroneous reports of possible immunicological problems associated with cannabis smoke.

But, in 1975, instead of health problems, an apparent medical breakthrough occurred and successful tumor reductions were recorded. Following this remarkably positive discovery by the Medical College of Virginia, orders were immediately handed down by the DE and the National Institute of Health to defund all further cannabis/tumor research and reporting. Millions of Americans who might be alive today are dead because of these and other DEA orders regarding marijuana. Since 1996, the Medical College of Virginia has again applied to receive grants for cannabis research and has been turned down by the DEA.

Though it is known to be extremely damaging to immune system, chemotherapy is claimed by practitioners to benefit cancer and AIDS patients. But chemo has some other serious side effects too, including nausea. “Marijuana is the best agent for control of nausea in cancer chemotherapy,” according to Dr. Thomas Ungerleider, who headed California’s marijuana for Cancer research program from 1979 to 1984. This is also true in AIDS and even in the unsettled stomach common in motion sickness.

Pharmaceutical nausea control drugs comes in pills that are often swallowed by the patient, only to be thrown back up. Because cannabis can be ingested as smoke, it stays in the system and keeps working even if vomiting continues. Throughout the state’s 10-year Compassionate Marijuana Medical law, George Deukmejian, both as attorney general and as governor, with no regard for the suffering or dying cancer patients, made it virtually impossible for them to get cannabis. California Governor Pete Wilson was following the same course until the medical marijuana initiative passed in November 1996.

Cannabis is beneficial for 60% of all epileptics. It is definitely the best treatment for many, but not all types of epilepsy, and for victim’s post-seizure mental traumas. Cannabis extract is more effective than Dilantin (a commonly prescribed anti-epileptic with severe side effects). Medical World News reported in 1971: “Marijuana is probably the most potent anti-epileptic know to medicine today.” (Mikuriya, Tod H., M.D., Marijuana Medical Papers, 1839-1972, page xxii.) Cannabis users’ epileptic seizures are of less intensity than the more dangerous seizures experienced by users of pharmaceuticals. Similarly, smoking cannabis has proven to be a major source of relief for multiple sclerosis, which affects the nervous system and is characterized by muscular weakness, tremors, etc.

Aside from addictive morphine, cannabis, whether smoked or supplied as an herbal pack or poultice, is also the best muscle relaxant, back spasm medicine and general antispasmodic medication on our planet. In September 1993, in Santa Cruz County, California, Sheriffs rearrested epileptic Valerie Corral and confiscated the five marijuana plants she was growing for medicine even though 77% of the citizens of Santa Cruz voted in November 1992 to instruct local law enforcement not to prosecute medical marijuana users. Charges against Corral have been dropped earlier in March 1993 because she was the first person in California to meet all six points of a medical necessity defense. In 1997, Valerie, who runs a compassionate use club, was names Citizen of the year in Santa Cruz.

Young un-budded hemp plants provide extraction of CBDs (cannabidiol). There are many antibiotic uses of the cannabidiol, including treatment for gonorrhoea. A 1990 Florida study indicated its use in treating herpes. The acid side tetrahydrocannabinol, cannabidiols occurs inversely to the amount of the plant’s THC and is therefore more acceptable to prohibitionists because “it won’t get you high.”

Cannabis is a topical analgesic. Until 1937, virtually all corn plasters, mustard plasters, muscle ointments, and fibrosis poultices were made from or with cannabis extracts. Rheumatism was treated throughout South America until 1960s with hemp leaves and/or flower tops heated in water or alcohol and placed on painful joints.

In facts, this form of herbal medicine is still widely used in rural areas of Mexico, Central and South America, and by California Latinos for relief of rheumatism and arthritis pain. Direct contact with THC killed herpes virus in a University of South Florida (Tampa) 1990 research study by DR. Gerald Lancz, who warns that “Smoking Marijuana will cure herpes.” However, anecdotal reports indicate a faster drying and healing of outbreak after topical application of “strong bud,” soaked in rubbing alcohol and crushed into a paste.

Cannabis is the best natural expectorant to clear the human lungs smog, dust and the phlegm associated with tobacco use. Marijuana smoke effectively dilates the airways of the lungs, the bronchi, opening them to allow more oxygen into lungs. It is also the best natural dilator of the tiny airways of the lungs, the bronchial tubes – making cannabis the best overall bronchial dilator for 80% of the population (the remaining 20% sometimes show minor negative reactions). (See section on asthma – a disease that closes these passages in spasms – UCLA Tashkin studies, 1969-97; U.S. Costa Rican, 1980-82; Jamaican studies 1969-74, 76.) Statistical evidence – showing up consistently as anomalies in matched populations – indicates that people who smoke tobacco cigarettes are usually better of and will live longer if they smoke cannabis moderately, too. (Jamaican, Costa Rican studies.)

Prescription sleeping pills are often synthesized analogs of truly dangerous plants like mandrake, henbane and belladonna. As late as 1991, doctors, pharmacists and drug companies were fighting off new legislation to restrict these often abused compounds. (L.A. Times, April 2, 1991). Unlike Valium, cannabis does not potentiate the effects of alocohol. It is estimated that cannabis could replace more than 50% of Valium, Librium, Thorazine, Stelazine, other “-zine” drugs and most sleeping pills.

Most of all: it is best for the world’s number one killer – stress. It can safely curtail or replace Valium, Librium, alcohol, or even Prozac. While cannabis intoxication varies with psychological set and social setting, “the most common response is a calm, mildly euphoric state in which time slows and

sensitivity to sights, sounds and touch is enhanced.” In contrast to marijuana’s safe, therapeutic action, benzodiazepine (Valium) abuse is the number one drug abuse in America, and is responsible formkore emergency room admissions in the United States than either cocaine-related problems or morphine and heroin-related admission combined.

While tobacco constricts arteries, cannabis dilates (opens) them. Because migraine headaches are the result of artery spasms combined with over-relaxation of veins, the vascular changes cannabis causes in the covering of the brain (the meninges) usually make migraines disappear. Evidence of vascular change by cannabis can be seen in the user’s red eyes, which are extension of the brain. However, unlike most other drugs, cannabis has no apparent effect on the vascular system in general, except for a slightly increased heart rate during the onset of the high.

Users of marijuana often (but not always) experience “the munchies,” a stimulated appetite for food, which at this time makes cannabis the very best medicine on the planet for anorexia. This effect can also extend the lives of AIDS and pancreatic cancer patients.

Marijuana smoking can help dry your mouth for the dentist. This is the best way to dry the mouth’s saliva non-toxically in what is known among smokers as its “cotton mouth” effect. According to the Canadian Board of Dentistry in studies in the 1970s, cannabis could replace the highly toxic Probathine compounds produced by Searle & Co. This may also indicate that cannabis could be good for treating peptic ulcers.