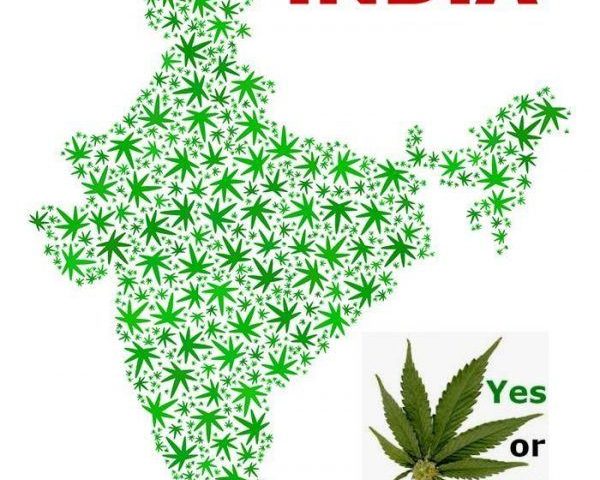 Is India Ready for Hemp Legalization?

According to the New Frontier Data report, Global State of Hemp: 2019 Industry Outlook, industrial hemp is a USD 3.7 billion industry and expected to reach USD 145 billion by 2025. While Europe, United States, China, and Canada have become an intrinsic part of the hemp economy, India is lagging far behind. Legal bottlenecks, unclear jurisdiction, and regulatory complications are the reasons why India has not been able to jump into the globally booming hemp economy.

Around 10,000 years ago, hemp was spun into usable fiber and turned into various commercial items such as paper, clothing, food, textiles, insulator, and animal feed.

Hemp is not marijuana!

Hemp and its derivatives like hemp oil have various therapeutic uses also. Some are enlisted below.

#1 Protecting the brain against inflammation

As per a study conducted in 2018, Hemp seeds contain polyphenols that protect the brain against inflammation. It has essential fats that help the brain to function properly. Due to this, the consumption of hemp is protection against Alzheimer’s, Parkinson’s, multiple sclerosis, seizures, and neuropathic pains.

#2 Reducing the risk of cardiovascular diseases

A study conducted in 2014 finds that hemp oil contains alpha-linolenic acid, which helps to reduce the chances of getting cardiovascular diseases. Another study of 2010 on the dietary benefits of hemp finds that the nutritional composition of hemp leaves helps with atherosclerosis, cholesterol management, and regulating high blood pressure.

A high amount of arginine, an amino acid, is found in hemp. Arginine produces nitric oxide, which helps to dilate the blood vessels and makes the person relax, reducing any chances of heart ailments. It has been proven in a study of 13,000 people where an increase in the intake of arginine led to the reduction of C-reactive protein (CRP). Higher the CRP, the higher the chances of heart problems.

Studies on animals have shown that hemp reduces the chances of blood clot formation, reduce pressure, and recover after a heart attack.

Since hemp seed oil contains fatty acids and essential vitamins, it helps in balancing the secretion of oil from the sebum glands, thus controlling the breakout of acne. Hemp controls sebum production and prevents facial skin inflammation and oxidation, as found by this 2014 clinical study report. It strengthens the skin against infection and is helpful against the treatment of dermatitis, eczema, lichen planus, varicose eczema, and psoriasis.

#4 Helps with the symptoms of menopause and PMS

A sensitivity to the prolactin hormone causes emotional and physical upheaval due to premenstrual syndrome (PMS) and menopause. The effects of prolactin are reduced by the gamma-linoleic acid (GLA) found in hemp seeds. Hemp seeds contain a high concentration of GLA, which helps with irritability, PMS related fluid retention, depression, breast pain, and reduces menopause symptoms. In short, hemp helps with hormone control.

Hemp seeds have higher protein content. A spoonful of hemp seeds early in the morning helps to feel full throughout the day; thus, reducing hunger cravings. Its protein value gives the body all the essential amino acids. Also, around 25% of the calories present in hemp seeds come from proteins, making it the next best vegetarian alternative to lamb and beef. They are a rich source of fiber that helps to reduce sugar cravings.

With the signing of the 2018 Farm Bill, President Donald Trump opened a dynamo for American farmers. Since then, hemp has been planted in over 78,000 hectares of land for commercial production. Presently, industrial hemp is used in around 25,000 products, including furniture, food, beverage, textile, automotive, construction supplies, and beauty products.

The 2018 Farm Bill is immensely beneficial for American farmers in times of an evolving farming landscape where they are looking for a stable and sustainable domestic crop, as compared to the Chinese tariff war leading to a dip in soybean sales and slowdown in dairy production.

At the other end, Europe represents a USD 1 billion hemp market. Sales are flourishing in Italy, France, the United Kingdom, and Germany. Hemp products are widely manufactured and available in traditional stores like Holland and Barrett and online retailers like Amazon.

They have the first-mover advantage for capitalizing on the growing demand for hemp products. As represented by New Frontier Data, hemp is prevalent in seven major product sectors visible in the image below.

Data show an upward growth possibility in the next decade because they have better processing facilities and an in-demand finished goods industry. It is estimated that 1/4th of the global hemp production will happen in Europe.

On the eastern side, China has quietly grown into a hemp superpower.

Colloquially known as “green gold,” China grows around half of the world’s total hemp, earning around USD 1.2 billion in 2018 from textile fiber created with hemp’s stalk. Each hemp farmer earns around $1,500 (10,000 Yuan) per hectare.

Mainstream research into hemp happened in the 1970s during the Vietnam war when the military needed a fabric to help the soldiers remain dry and clean in Vietnam’s humid weather. The fiber was created with hemp, and later its medicinal usage was explored.

According to the World Intellectual Property Organization, China holds 600+ patents related to the plant.

United States, Europe, and China are the current behemoths of the hemp economy, revolutionizing the economy with innovative technologies.

Will India join the trio? Can it?

In India, the consumption of hemp is traceable to 2000 BCE and finds mention in our Rigveda, Atharvaveda, Sushruta Samhita, and other ancient texts. Hemp is widely believed to be one of the ingredients with which Somaras was made in ancient times. It has been a widely popular medicinal herb in our homes for centuries.

Fast forward centuries, and in the 1980s, we had to reconsider our position on hemp under pressure from foreign counterparts and ban the herb. Until recently, there was a blanket ban on the production of hemp. However, states like Uttarakhand are paving the path where, in the future, it can be expected that hemp becomes decriminalized and available for mass consumption.

In 2018, Uttarakhand became the first Indian state to commercialize the production of industrial hemp.

The Indian Industrial Hemp Association (IIHA), a non-profit organization, was granted a license by the state to grow hemp on a 1,000-hectare land as a pilot project.

Many startups in India are venturing into the cultivation of industrial hemp and developing consumer products. There are several existing challenges, mainly due to the lack of clarity of the regulatory framework governing the industry.

Ever since the 1800s, the legal framework surrounding hemp has been dubious. Before the 1985 NDPS Act, the prevalent act was the 1894 Indian Hemp Drugs Commission, which permitted the use of hemp in moderation. As a result, charas, bhang, and ganja were legally sold until 1985.

After that, the government banned their possession, transport, trade, and consumption.

However, there is a caveat. Even though hemp is banned, state governments are given the power to cultivate hemp only for medical, scientific, industrial, and horticultural purposes.

The state of Uttarakhand has utilized the benefit of this caveat, given the concentration of THC remains between 0.3 and 1.5 percent only.

Even before Uttarakhand, in April 2017, the state of Jammu and Kashmir granted the Council of Scientific and Industrial Research (CSIR) the right to grow hemp for research and medicinal purposes only.

In spite of these advancements, it is still a challenge to cultivate hemp. Why can’t the 1985 NDPS Act be repealed? It is presumptuous to assume reasons since the case is sub-judice.

However, one look at our Constitution and the challenge becomes apparent.

According to the Entry 84 under List I of the Seventh Schedule of the Indian Constitution, there is no clarity as to which government, state or central, has the authority to grant permission for the cultivation of hemp.

Given the lack of clarity, state governments have introduced the permission for hemp cultivation through state excise legislation governing the respective state, that is, the Uttarakhand State Excise Act, 1910 and Jammu, and Kashmir State Excise Act, 1958 presently.

It will be a tedious process if the states have to rely on their excise legislation to grant permissions for hemp cultivation. A change in the Seventh Schedule of the Indian Constitution is warranted. Not only this, the government should designate relevant departments to grant licenses, which itself is an immensely convoluted process for businesses interested in hemp.

Yes, India should, and for the following reasons:

Given the climate change challenges and industries trying to lessen their carbon footprint, here is a plant that has a negligible carbon footprint in itself. Hemp grows everywhere. It does not need fertilizers or pesticides, growing organically, and is very sustainable. Large scale cultivation of hemp is a viable industry.

Hemp can be used to make textile products. World over, India has one of the most massive and impacting textile industries, but it is experiencing stiff competition from Bangladesh, Vietnam, and other Asian countries. Processing hemp into various fibers would boost the Indian economy exponentially.

In many other countries, the legalization and decriminalization of hemp, according to a Grand View Research report, led to a decline in the black-market trading as people preferred buying hemp products legally, for both recreational and medicinal use.

The legalization of hemp will help the growing population find secondary and tertiary employment. It will boost the agrarian economy, creating opportunities in farming, medical research, consumer products, real estate, and more.

Quite simple! Legal hemp production will bolster the government coffers in terms of tax revenue, making India a stronger economy and a developed nation.

Yes, India is, if only the government would solve the constitutional bottleneck and regulate the status quo. Relaxing the norms for a few states will not help to tap into the full potential of hemp production in India. Existing challenges are solvable with assistance from the government.

India is a truly favorable country for hemp production, both environmentally and economically.