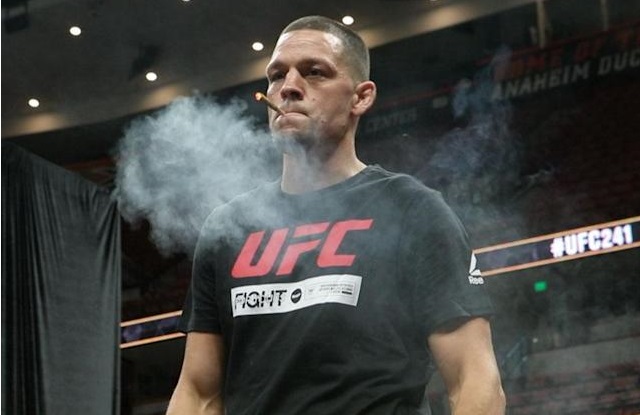 Nevada Declares Cannabis Not Performance Enhancing—Legalizes Use For MMA Athletes

The Nevada State Athletic Commission voted to lift its longtime ban on athletes using marijuana, opening the door for boxers and mixed-martial artists competing on the sport’s biggest stage to freely and openly use cannabis.

The commission regulates combat sports in the state, and is thus the regulatory authority that sets the rules for marquee Ultimate Fighting Championship and boxing bouts taking place in Las Vegas, where UFC is headquartered.

For many years, the commission had taken a hard line on cannabis—banning the substance in and out of competition—which in turn jeopardized the careers of fighters who said they used cannabis to help relieve the toils of training and fighting.

The NSAC’s substance-abuse policy took its weirdest turn in 2015, when both Nick Diaz and Anderson Silva, the two combatants in UFC 183 in January of that year.

Both fighters failed post-bout drug tests—Diaz for cannabis, and Silva for anabolic steroids. But while Silva was banned for one year, Diaz received a five-year ban. He has not fought since. He has, on the other hand, very openly continued to smoke cannabis.

As USA Today’s Nolan King reported Wednesday afternoon, going forward, a fighter in Nevada will only be penalized for marijuana use if they are “impaired” on fight night based on visual checks.

The commission will continue to test for marijuana for at least the next six months—as part of the commission’s inquiry into head trauma—but won’t punish fighters who use marijuana in training.

Positive cannabis tests are not considered necessarily indicative of intoxication or even recent use. Cannabis metabolites are fat soluble and can stay in the body for many days or weeks after use.

For this reason, UFC in January lifted its own ban on cannabis use in the sport, but without Nevada athletic officials following suit, fighters still had to pass a test.

At least part of the NAC’s decision rests on what appears to be a faulty understanding of World Anti Doping Agency (WADA) policies.

WADA classifies cannabis as both a substance of abuse dangerous to athletes, and as a performance-enhancing drug. US Olympic gold medal hopeful Sha’Carri Richardson, who tested positive for cannabis use last month, is the most famous recent example of an athlete banned from competition under WADA rules.

According to King, NAC executive director Bob Bennett said in a conference call on Wednesday that Nevada will no longer ban cannabis because it’s not a performance enhancer.

Bennett’s confusion aside, contemporary researchers in cannabis toxicology and physiology don’t believe there’s enough evidence to classify cannabis as either performance enhancing or abusive, and have called for more research.