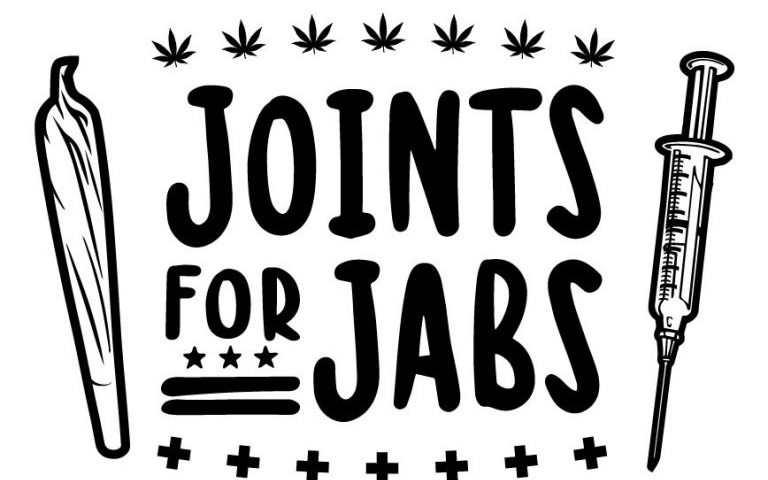 With the pace of COVID jabs slowing across the United States, Washington state has announced an incentive for the unvaccinated to get their shots: free cannabis.

The state’s Liquor and Cannabis Board (LCB) said on Monday they are temporarily allowing retailers to participate in a “Joints for Jabs” promotion, where adults who receive a shot at an in-store vaccination clinic can receive one complimentary joint.

The deal, which runs through July 12, only allows for prerolled joints to be given out, not other items such as edibles.

The LCB’s allowance follows a now-expired effort in which last month it permitted one complimentary alcoholic beverage following a jab.

Washington state’s creative efforts to boost vaccinations comes as the pace of vaccinations there and across the US has slowed, prompting a slew of interesting promotions.

Washington state’s cannabis giveaway is not the first in the US. A dispensary in Arizona set up a “Snax for Vaxx” promotion last month, handing out one prerolled joint and a gummy edible to those who received a free COVID shot.

The average number of vaccinations administered nationwide has dropped precipitously in recent weeks, according to the CDC, from an average of 3.3 million jabs in mid-April to an average of less than a million last week.