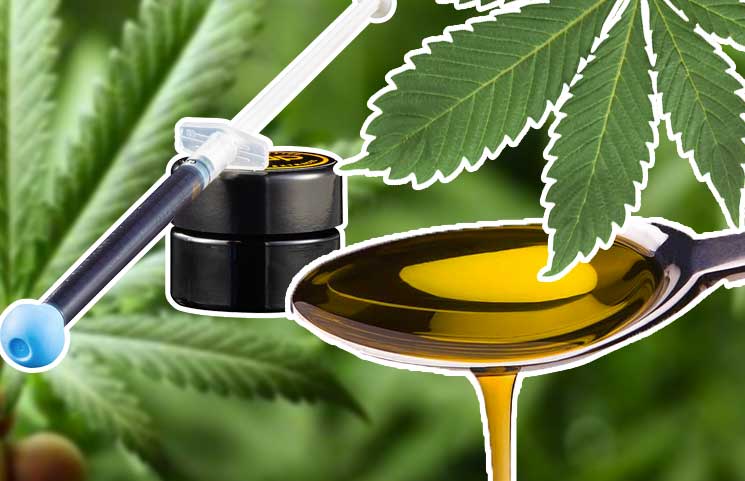 The topic of cannabis (marijuana) has become far less taboo in recent years, but there are still many misconceptions—and fears—about its use as a medicinal plant. Thanks to the highly successful documentary Run From The Cure, the Rick Simpson oil became a household name almost overnight. While studies have long reported anti-tumor effects of cannabis, this was not mainstream knowledge until the documentary about Rick’s cancer cure let the cat out of the bag.

Ever since, a large number of people suffering from various diseases have been experimenting with the Rick Simpson oil, and indeed many have anecdotally reported staggering results of remission. However, due to the illegal status of the oil, research on humans is very difficult to conduct, as governments are reluctant to hand out the necessary licenses and permits.

In addition to the Cannabis oil a.k.a Rick Simpson oil, the cannabinoid CBD has also received special attention. The cannabinoid shows a wide range of beneficial qualities, all while being absolutely non-psychoactive – and legal. Most famously, the anti-seizure properties of CBD cured the young girl Charlotte from her debilitating epileptic seizures, a case that was widely report in mainstream media and was also featured in Sanjay Gupta’s CNN documentary “Weed“.

What is Cannabis Oil?

Cannabis oil is an extract from cannabis (marijuana) plants that contains several cannabinoid compounds that bind to receptors in the brain and body.

Cannabis is one of the world’s oldest cultivated plants, with its use dating back some 8,000 years ago.

As of now, over a 100 of its active compounds have been detected, but there are two that have been studied the most:

While the term “cannabis oil” may be used to describe any cannabis-based oil (like CBD oil or hemp seed oil), it typically refers to the specific extract that contains all components of marijuana, including THC.

HOW DOES CBD OIL RELATE TO RSO (RICK SIMPSON OIL)?

For good reasons, CBD and Rick Simpson oil are receiving attention. There is no shortage of studies and anecdotal reports that show the beneficial aspects of cannabis. However, there is some confusion surrounding CBD oil, and how it is related to Rick Simpson oil. While they are similar in many aspects, they are still very different products.

Both oils are made from the same plant: cannabis, respectively hemp. From a botanical perspective, cannabis and hemp belong to the same plant genus – cannabis. However, due to geographical factors and through breeding, the plant has developed into different species and strains, which produce a different harvest: Hemp produces few and small flowers with low cannabinoid content, but in exchange hemp produces high amounts of fibre, which are used in many industrial applications. Cannabis, on the other hand, refers to the recreational and medical plant which produces big and potent cannabinoid-laden flowers, but only small amounts of fibre.

Again, they are botanically from the same plant family – just bred into different strains that yield another product. Further, the Rick Simpson oil is almost always made particularly from Cannabis indica strains, which have been shown to be more effective for physical ailments. Sativa strains, on the other hand, are often made into Rick Simpson oil that is to be used for mental illnesses.

Unlike cannabis oil, which is typically made from marijuana with a high THC percentage (typically at least 50%), CBD oil does not contain this mind-altering compound.

In other words, CBD oil does not get you “high,” but could offer some helpful benefits.

Many natural health proponents have been touting CBD oil and its potential to relieve chronic pain, reduce anxiety and depression, and alleviate cancer symptoms, among several other benefits.

CANNABINOIDS IN RSO AND CBD OIL

It is thus becoming apparent how the CBD oil and the Rick Simpson oil are very different products. Since they are coming from different strains (hemp and cannabis), they naturally contain different amounts of cannabinoids. The Rick Simpson oil is a full spectrum plant extract of potent cannabis. It therefore contains very high levels of THC and other cannabinoids; easily in the range of 50-60% THC and 10-15% CBD, depending on the strain that was used. In addition to high levels of THC and CBD, other cannabinoids such as CBN and CBG are also present in concentrated amounts.

Commercial CBD oil, on the other hand, contains high levels of CBD, but only very, very small trace amounts of other cannabinoids such as THC or CBN: 2.5-20% CBD, and only 0-0.03% THC. As research has shown, THC shows promising potential for many conditions, which is why this psychoactive cannabinoid is an important part in any cannabis based approach.

Consuming simply a larger amount of CBD oil is both an expensive and digestive challenge, since it is oil based. But even then it would not match the wide range of cannabinoids that are present in a full spectrum extract such as the Rick Simpson oil.

It has to be made absolutely clear that under no circumstances is the CBD oil any replacement for the Rick Simpson oil. It is a different product that cannot possibly replace the full spectrum Rick Simpson oil.

Since it is impossible to legally obtain Rick Simpson oil, patients are forced to produce it themselves. Rick’s organization PhoenixTears.ca has extensively documented the process, thereby making the Simpson oil accessible for everyone.

Because it contains THC, cannabis oil can only be purchased in an area where marijuana is legal or can be prescribed. We would recommend checking your country’s current Drug Laws in order to access cannabis oil.

Because of its long-held status as an illegal Schedule I drug, research on cannabis has been limited.

Fortunately, a growing number of studies on cannabis have focused on its potential health benefits, mostly regarding appetite, nausea and pain.

Cannabis oil would likely offer similar benefits as CBD oil. However, it’s possible that its addition of THC could provide further benefits.

THC is a pain reliever, anti-inflammatory, and anti-emetic (prevents vomiting).

Using the whole marijuana plant versus part of it (like with CBD oil) could also provide extra synergetic effects. This however, is difficult to study.

There are currently a few licensed cannabis-based drugs on the market including:

Many cannabinoids, including THC and CBD, have shown some anti-cancer effects.

Most significantly, cannabinoids may have the ability (at least in test tube studies) to inhibit the proliferation of cancer cells and promote the death of cancer cells by apoptosis.

That said, while THC has shown promise in cancer studies, it’s also shown the potential to suppress the immune system and enhance tumor growth.

Clearly, much more research needs to be done to determine how cannabinoids, at specific concentrations, may work best for cancer treatment.

Cannabis oil is a potent anti-inflammatory and can provide significant pain relief, likely more so than just CBD oil.

In fact, THC was shown to have 20 times the anti-inflammatory potency of aspirin and twice that of hydrocortisone.

THC has been found to reduce pain in patients with cancer and MS, and cannabis treatment has proven effective for those with fibromyalgia

Side Effects of Cannabis Oil

It can be difficult to obtain certified cannabis oils that provide specific concentrations and guarantee purity.

Some cannabis oils may even contain up to 75% THC.

Commercially produced cannabis oils for medical purposes are most dependable since they will have controlled concentrations of CBD and THC.

The addition of THC in cannabis oil will cause some side effects, including: