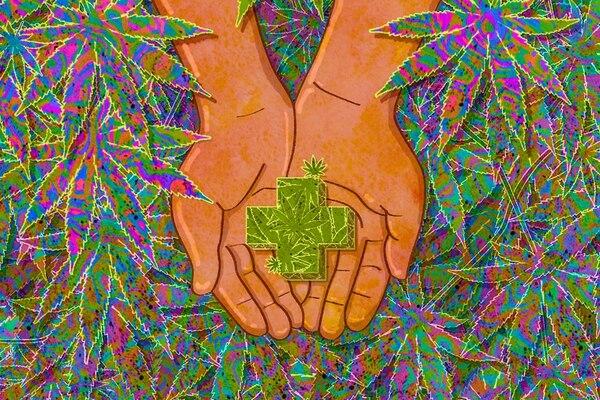 The cannabis industry is experiencing record-breaking sales globally during the crisis phase of COVID-19. At this time, when the whole world is sparked by panic buying, be it groceries, cleaning items, or toilet paper, cannabis retailers are also facing a sudden shoot in the number of customers eager to buy marijuana edibles, concentrates, and others. With the world moving into a lockdown state, consumers are looking for ways to stock up their marijuana and stay back at home. A number of stores have seen a dramatic surge in cannabis sales during the past week.

Many public health officials are coming forward to deem cannabis as an ‘essential’ during this period. This means that cannabis businesses can still operate amidst COVID-19 closure and stay home orders. While people are barred from going for movies, sports, they can still continue to stock up marijuana.It is a step drifting us further into an era of expanding marijuana legalization.https://www.youtube.com/embed/xJz7HazFZ6A

In a recent poll in the US, which surveyed about 990 marijuana users, over half the participants have confirmed stocking up on cannabis products due to the COVID-19 outbreak. As opposed to earlier, a lot of people are now recognizing medical cannabis and support its safe access. Several notable names in various states have expressed their delight as more of the public policies are catching up with this essential part of the patient community, medicinal cannabis.

Moreover, in some American states, there has been an expansion in delivery services for medical cannabis while following the social distancing measures. While in some countries, doctors are allowed to recommend medical marijuana via telemedicine. The United States and Canada are two countries that are experiencing a maximum demand for marijuana during the COVID-19 period. The Netherlands and the United Kingdom also sees a considerable hike in the sales of cannabis in the country.

Speaking of the spike in marijuana sales and steps by authorities, here is more detailed information:

Ontario has seen a significant hike in marijuana orders in the past week. Some retailers have mentioned having supplied over 3000 orders in a single day, which is about 80 percent higher than an average day.

An enterprise in the UK selling low-dose cannabis drinks has recorded about a 300 percent increase in sales, which is almost double the total units sold in January and February.

The NetherlandsAs the Dutch government announced the shutdown of all catering establishments in the country until April 6, various coffee shops have experienced a rush in the number of marijuana buyers. While the government has imposed a 5-gram-per-person limit per store visit, people are steadily stocking up on their marijuana.https://www.youtube.com/embed/wjUfRd9CWPECalifornia, USA

A data intelligence firm Headset has shown that there is a 159 percent rise in the legal marijuana sales in the whole of California in the week of March 13.

Mainly, Boston is one of those cities which has experienced a steep surge in the overall demand for marijuana. Customers are stockpiling their medical cannabis for up to 60-day supplies.

Doctors are allowed to issue recertification of medical cannabis to existing patients via telemedicine. But it does not apply for new patients.

Once again, the state health department has recognized medical cannabis as essential, which does not fall under the general closure orders. Many cannabis industry trackers have directed a substantial rise in cannabis sales as consumers keep piling their stocks up, preparing for the stay home orders.

On the other hand, some adversaries have expressed their displeasure at marijuana stores being still operated across states in the country in a time of crisis as COVID-19. There are also counters from advocates who are suggesting consumers refrain from smoking due to the risk of respiratory effects of COVID-19. At the same time, they have indicated other methods of consuming marijuana like edibles and concentrates.

COVID-19 has created a real challenging environment on an international scale. People believe that cannabis can be an excellent support to mental wellness in stressful times like these. Officials are paying attention to make not only medical marijuana available but also its recreational businesses.