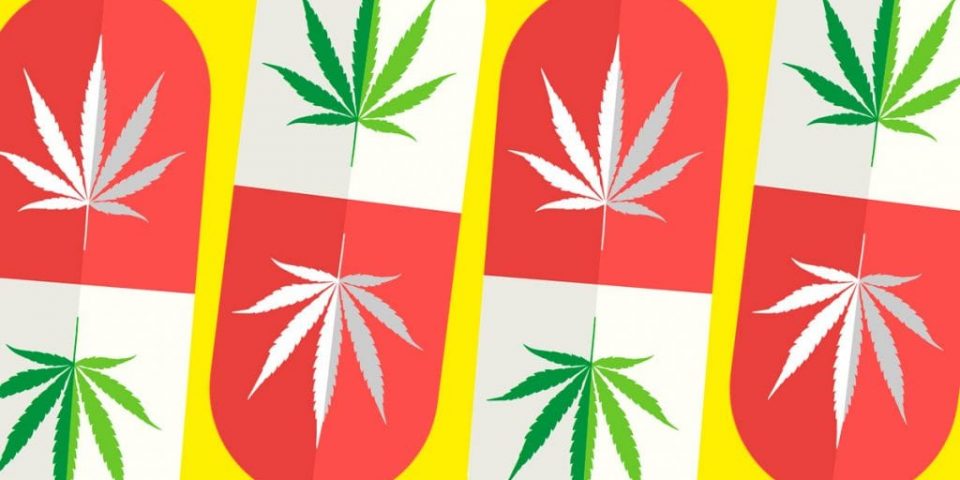 The potential medicinal properties of cannabis and its components have been the subject of research and heated debate for decades. THC itself has proven medical benefits in particular formulations.

What’s in the name? Medical Cannabis vs. Medical Marijuana

Governments and medical authorities use the term medicinal/medical cannabis; individuals and journalists tend to use the term medical marijuana. This can cause confusion for those new to the discussion about cannabis-based pharmaceutical medicinal products, particularly when looking for reliable information.

So, is the difference between medicinal cannabis and marijuana? Essentially, no. The terms medicinal marijuana and medical cannabis mean the same thing, but words have associations beyond their definitions. Cannabis has always been the scientific name of the plant, and also refers to the chemicals within the plant, which are known as cannabinoids to treat medical conditions. There are over 100 cannabinoids in the cannabis plant, THC is only one of them. Medicinal/pharmaceutical products derived from the cannabis plant frequently involve isolating useful cannabinoids and refining their production. These medicinal products may contain various levels of the cannabinoids depending on which medical condition they are being used for.

The term marijuana is still a word that remains closely associated with the illegal use of recreational drugs and has negative connotations among societies. Given the big differences between cannabis-based products used for medicinal purposes and what is consumed for recreational purposes, making a distinction between the two with the language used is a small, but important, thing.

CBD is one of the most widely studied cannabinoids in marijuana. Cannabis plants may contain up to 40% CBD. CBD is also found in the hemp plant. CBD is thought to have anti-inflammatory effects on the central nervous system. This can translate to multiple benefits in the body.

CBD works very differently from THC. Unlike THC, CBD does not cause either intoxication or euphoria. In some ways, CBD seems to have the opposite effect of THC. For instance, while THC tends to increase anxiety, CBD appears to reduce anxiety.

Pain management – The cannabinoids may reduce pain by altering pain perception pathways in the brain. This may be helpful to treat conditions that cause chronic pain. In some instances, medical cannabis is reported to help replace the long-term use of nonsteroidal anti-inflammatory drugs (NSAIDs) like ibuprofen, which can have negative side effects.

Due to its effects on the limbic system, doctors sometimes prescribe cannabis to treat the following neurological and mental health conditions:

Medical cannabis is also thought to help reduce inflammation. Decreasing inflammation in the body improves overall health. In theory, this may benefit inflammatory conditions, such as:

Other conditions for which medicinal cannabis is prescribed are:

It must be stated that medical cannabis is used to relieve symptoms from a condition. Cannabis has not been proven to cure any diseases. Using it won’t necessarily change the outcome of a certain disease. But research has proven that it can ease certain symptoms, make you feel better, and improve your quality of life.

How do you take it?

To take medical marijuana, you can:

Each method works differently in your body. If you choose to smoke or vape cannabis, you feel the effects very quickly. If you eat it, it can take 1 to 2 hours to experience the effects from edible products.

As Cannabis Moves into the New Era

The topic of medical cannabis has gotten a lot of attention in the past few years as more and more states and countries see the benefits of this plant for its medicinal purposes and have moved towards its legalization allowing more trials and research to be undertaken to understand the full potential of cannabis. With all the benefits medicinal cannabis is showing one may wonder why more research isn’t being conducted to ease the legalization process. The answer varies from country to country however in the U.S., where 33 out of 50 states have legalized cannabis for medical use the answer is simple.

The U.S. Drug Enforcement Administration (DEA) considers marijuana a Schedule I drug, “the same as heroin, LSD, and ecstasy, and likely to be abused. Because of that, researchers need a special license to study it”, says Marcel Bonn-Miller, PhD, a substance abuse specialist at the University of Pennsylvania Perelman School of Medicine. The DEA has recently agreed to support additional research on cannabis and make the process easier for researchers. With additional research, cannabis will be able to take its rightful place in the Holistic world of medicine and offer a larger population its healing benefits.