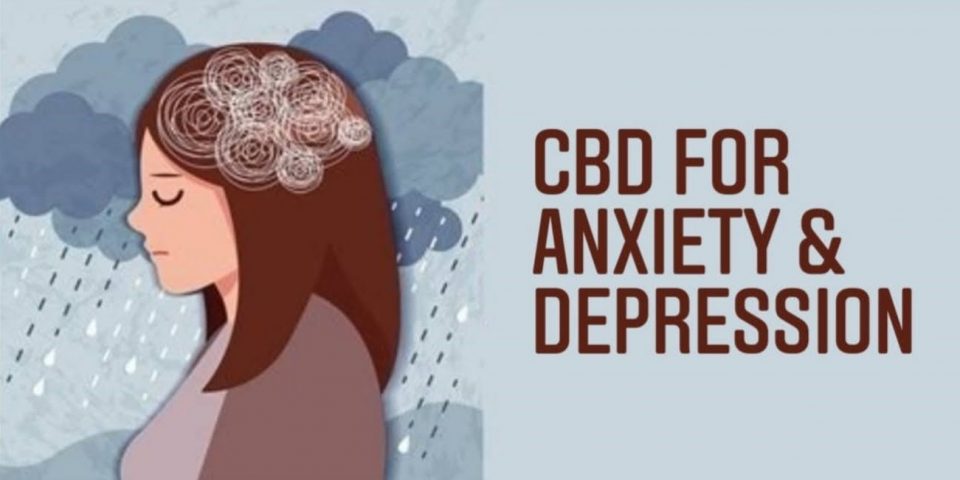 Mental health is like a long valley, a winding valley where any bend may lead you down a path you wish not to go or, it can reveal a totally new beautiful landscape.

Personally, I have had many turns in my life which led me down a path to anxiety and depression. Have you ever felt these? Well, you are not alone. When I was younger a doctor tried to put me on antidepressants and reluctantly, I took them. The side effects were worse than the depression I was feeling. I began researching natural ways to help my mental health and found hundreds of articles on how to breathe and meditate, ones that told me to go out into nature and start doing yoga. They were all great but the discipline and motivation to do them wasn’t there. A friend suggested using CBD oil. I began my research and it was the best decision I ever made. CBD oil has changed my life. I would like to share some of what I learned with you. I’m not giving you information from Vogue or some random commercial websites. No, the information I am going to share with you comes from medical journals and professionals in the field of mental health.

Cannabis sativa, a species of cannabis plant (and there are many), is well known to humanity with its earliest use in ancient Chinese culture dating as far back as 2700 B.C. (Zuardi, 2006). Use of cannabis sativa dates back even further in India to the ancient Vedic times of Ayurveda, but that is a topic for another blog that I hope you will find very interesting – because it is.

When it comes to cannabis, the preconceived notion is that it’s all about THC, and getting stoned. However, the cannabis plant is much more than that. The second-most found compound is cannabidiol (CBD), non-intoxicating ingredient that does not have psychoactive effects (Zuardi, 2006; Citti et al., 2018).

Cannabinoids are “feel good” molecules naturally made by the body when we are feeling relaxed and secure or involved in something that makes us happy, like hugging someone we care about or sitting down to a meal we are looking forward to. Cannabinoids are also released when we sleep well and exercise. Cannabinoids bind to little docking stations in our bodies called cannabinoid receptors that help stimulate our feel-good responses. Discovered in 1992, the main cannabinoid molecule is called anandamide, which is translated from the Sanskrit as “bliss molecule.”

The World Health Organization says that anxiety and depression are the most wide-spread types of disability around the world. In 2017, 3.8% of the global population was reported to suffer from anxiety disorders by Our World in Data. That means that 1 out of 10 people are diagnosed with anxiety and depression globally.

Anxiety is the most common mental health challenge.

A 2015 study published in the journal Neurotherapeutics analyzed the existing clinical studies on the use of CBD for anxiety and found that CBD was effective for a number of anxiety conditions including:

In a survey conducted in 2017, 41% of people suffering with anxiety were reported to have swapped their pharmaceutical anti-anxiety medications for CBD with 40% confirming that CBD was more effective in relieving their anxiety. The Permanente Journal published a study reporting that 79% of participants experienced a reduction in anxiety when taking CBD reporting that it is highly effective.

According to the National Institute of Mental Health, depression is one of the most common mental health disorders in the world affecting over a quarter of the population.

Low serotonin levels play a role in the development of depression, and studies suggest that CBD has a positive impact on these receptors which may reduce the effects of depression without the side effects of commonly prescribed pharmaceuticals.

A 2018 study found that the antidepressant-like effects that CBD produces depend upon the serotonin levels in the brain. Cannabidiol does not appear to increase serotonin levels but instead affects how the brain responds to serotonin that is already present in your body. This is a game changer because CBD, in this way, is retraining your brain to work with its natural chemistry instead of forcing your central nervous system – where serotonin is produced to work harder potentially harming your body’s system.

Anxiety and depression tend to be treated with heavy pharmaceuticals (all of which come with a number of side effects). CBD has proven to be a natural remedy for these two heavy-hitting mental health issues. Anxiety and depression are known to produce or accompany sleeplessness so it’s important to know how CBD can help you sleep better. One study conducted with adults who had symptoms of anxiety, depression and poor sleep found that 65% experienced improvements in sleep quality after a month of taking an average of 25mg of CBD daily.

CBD seems to be remarkably safe. Since the 1960’s, medical research has collected research supporting the safety of CBD. In fact, the FDA-approved use of CBD in epilepsy was studied in children, which suggests both kids and adults can use it safely. While it has effects on relaxing the body and helping with pain, CBD does not suppress the breathing centers of the brain the way opioid and other pharmaceutical drugs do. Typical doses of 10mg to 100mg a day show no negative effects. The director of the National Institute of Drug Abuse has stated that CBD oil is safe.

How Can I Take CBD?

Mix it into foods or drinks. Take it with a pipette or dropper. Swallow it in a capsule. Spray it under your tongue, or eat your CBD as a candy or gummy. You can topically apply CBD creams, lotions, or salves by just rubbing it on your skin.

It is important to tell you that some researchers have said that topical solutions produce localized effects, and only those taken internally are likely to produce any mental health benefits.

Recommended dosages vary from person to person and depend on factors such as: body weight, the concentration of the product, the reason for using CBD.

Our CBD Products Will Improve Your State of Mind

CBD can calm the brain and support the hippocampus, which is a brain area important for healthy emotions and reasoning.

At Hempistani we offer you a wide range of CBD oils, capsules and creams letting you make the best decision for your needs. We have many types of CBD to choose from for your convenience including:

The type of CBD you choose to take is strictly your personal choice and we have many options for you to choose from. We wish you success on your journey. You are not alone and we here at Hempistani are here to help you. You can call us if you want help deciding on the right product for you. Another great thing about our CBD products is that there are many flavors to choose from. Whatever flavor you’re in the mood for – we’ve got your covered.