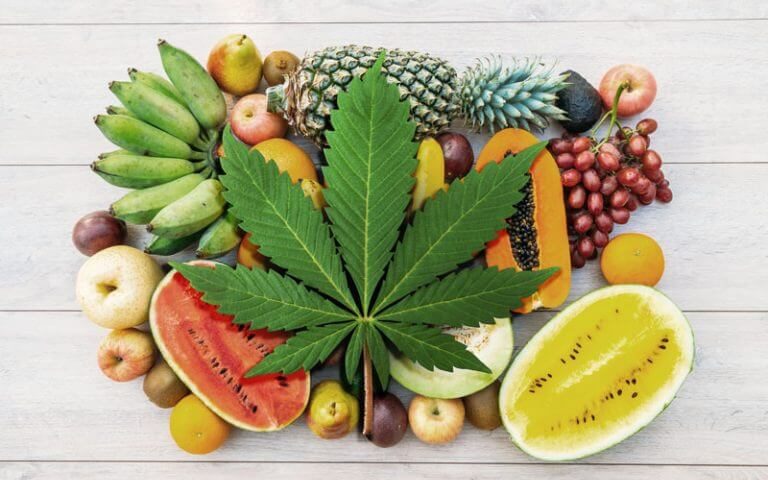 The use of medical cannabis is nothing new. Cannabis has been used to treat medical conditions for hundreds of years. In America in the 1600’s, certain states like Connecticut and Massachusetts required all property owners to grow at least a ¼ acre of hemp to be used for medicine, building, clothing and other materials. Cannabis extracts used to be sold in pharmacies and doctor’s offices during the 19th and early 20th centuries. In the 1830’s, Sir William Brooke O’Shaughnessy, an Irish doctor studying in India, found that cannabis extracts lessened stomach pain and vomiting in people suffering from cholera.

It wasn’t until the 1970’s, and the start of the ‘War on Drugs’, that cannabis was declared illegal in almost all countries across the world. After that the benefits of this natural medicine were dismissed and the thoughts surrounding cannabis were culturally altered. But today is a new day, and across the world cannabis is regaining its place culturally and medically.

While there’s a lot of talk around THC and CBD, let’s shed some light on terpenes and cannabinoids (2 important medical compounds in the cannabis plant), that are often overlooked and why they can improve our health.

Terpenes, or terpenoids, are aroma compounds produced in the flower and leaves of the cannabis plant. as well as a range of other plants such as fruits, spices and herbs. Terpenes, which form the basis of aromatherapy, have been extensively researched and the pharmacological importance of them has been emphasized and documented. The characteristics of individual cannabis products are often determined by their relative concentrations of specific terpenes and how they can be isolated to improve health.

In scientific studies and research conducted, almost all terpenes have shown broad antibiotic, anti-inflammatory, and mood enhancing properties. Although hundreds of terpenes can be found in different cannabis strains, a handful of them are among the most common and most studied.

Common Terpenes and What They Can Do for Health

Myrcene is one the most common terpene found in cannabis. Mangos are loaded with myrcene, as are bay leaves, wild thyme, parsley, and cardamom. It’s a powerful terpene with an earthy, herbal aroma. Myrcene has a sedative effect; as well as, analgesic effects, so if you experience chronic pain, it may be a helpful compound. This terpene also possesses antioxidant, anti-inflammatory, and anti-carcinogenic properties.

Limonene, a very common cannabis terpene is also found in the rinds of oranges, lemons and limes.

Cannabis products with this terpene are likely to help with the treatment of anxiety, depression, inflammation, pain, and can help elevate mood and relieve stress. Limonene has been scientifically proven to be support immune functions.

Beta Caryophyllene which is found in black pepper, cloves, hops, rosemary and oregano and in many green leafy vegetables. This is an extremely healing terpene. Beta Caryophyllene has powerful antioxidant, anti-inflammatory and gastroprotective properties, and has been shown to help reduce chronic pain while provide some anti-anxiety effects. Beta Caryophyllene shows great promise as a therapeutic compound for inflammatory conditions and auto-immune disorders.

Alpha Pinene is a cannabis terpene that is found in trees, specifically pine, juniper and conifer trees; as well as, pine needles and pine cones.

This terpene is also found in eucalyptus, frankincense, rosemary and sage bushes. Alpha Pinene has the ability to promote alertness and give you energy. It is also a bronchodilator that has inti-inflammatory and antiseptic benefits. Another exceptional benefit of Pinene is that it is believed to counteract short term memory loss associated with long term use of THC.

Alpha-humulene, or humulene, has an earthy, woody, hoppy aroma. This terpene is commonly found in ginger, ginseng, and sage. Its medicinal benefits, include its antibacterial, anti-inflammatory, and appetite-suppressing properties.

Eucalyptol, most commonly recognized as the scent of eucalyptus plants is a terpene that is found in tea trees, cardamom, rosemary, sage, and bay leaves, as well as cannabis.

Eucalyptol is an anti-inflammatory, antioxidant, decongestant that provides relief for a host of lung conditions including asthma and COPD. Eucalyptol is also used for muscle and joint pain.

Geraniol has a flowery scent and is commonly found in rose oil, perfumes, fruit flavoring, and in many common cosmetic and household products. Geraniol has antimicrobial, antibacterial, anti-inflammatory, and antifungal properties. This terpene has been suggested for use as a chemoprevention agent for cancer.

Ocimene is an underappreciated terpene that’s responsible for sweet, herbaceous aromas, with citrusy, woodsy undertones. This terpene is believed to be part of a plant’s natural defense against pests.

Studies have shown that ocimene is an effective anti-inflammatory that possess antiviral and antifungal properties.

Terpinolene is present in many cannabis strains in small amounts and is commonly found in nutmeg, tea trees, conifers, apples, cumin, lilacs, perfumes, and is used as a flavoring.

Terpinolene is known to have antioxidant, antibacterial and sedative properties.

Linalool, most commonly extracted from lavender is also found in cannabis. The anti-anxiety, antidepressant, stress-reducing and relaxation effects of lavender are scientifically documented.

A Closer Look at Cannabinoids

Cannabinoids have significant medicinal potential, however when they are paired up with the proper terpenes, they have an even stronger medicinal effect.

How Cannabinoids Effect Our Body

The ECS is a complex cell-signaling system in the human brain and body, identified in 1992 by Raphael Mechoulam when researching the effects of THC. The endocannabinoid system has one mission: to bring equilibrium, homeostasis, a sense of balance to the human body. It does this by regulating many of our core functions, ensuring that everything is working in harmony.

The ECS regulates of a range of functions and processes including sleep, mood, appetite, and memory, as well as reproduction and fertility. Cannabinoids regulate how cells communicate, a.k.a. how messages are sent, received, or processed and plays a vital role in supporting our health.

How does the endocannabinoid system function?

The ECS is made of neurotransmitters, receptors, and enzymes. These three components help the system to promote homeostasis throughout the body. Endocannabinoids interact and bind with receptors in the ECS to send signals and notify the brain and body to take action.

CB1 receptors are found in the central nervous system, connective tissues, retina, colonic tissues, peripheral neurons, gonads, glands, and other organs; as well as, specific areas of the brain particularly the basal ganglia, cerebellum, and hippocampus.

CB2 receptors are typically located in the peripheral nervous system, gastrointestinal and in our skin. They are associated with the immune system and inflammation response. Activating the CB2 can relax the body, help it repair itself.

The majority of cannabinoids can bind to both CB1 and CB2 receptors. The ECS is active in your body whether or not cannabis is in use because as we learned our bodies naturally produce cannabinoids in our bodies.

Things Are Better Together

Cannabinoids have significant medicinal potential, but when paired with the proper terpenes their healing properties are enhanced. This is known as the entourage effect. A report by Dr. Ethan Russo in the British Journal of Pharmacology in 2011 stated that cannabinoid-terpene interactions “could produce synergy with respect to the treatment of pain, inflammation, depression, anxiety, addiction, epilepsy, cancer, fungal and bacterial infections.”

Cannabinoids that come from an external source such as cannabis products are called exogenous cannabinoids. The scientific world is now revisiting how exogenous cannabinoids (cannabis compounds) can be used to treat health conditions and enhance the power and capability of our endocannabinoid system. With more research and development, the future of cannabinoids is looking towards scientifically personalized formulations created for people’s specific needs.