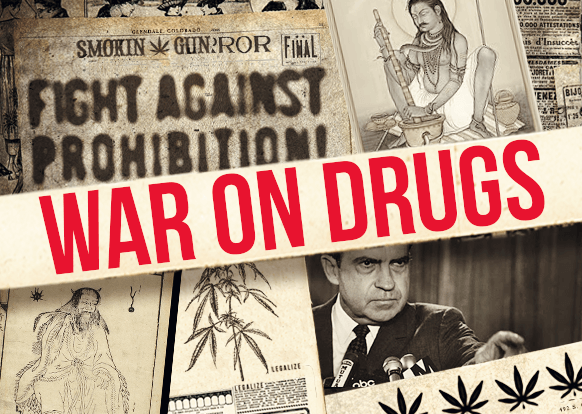 A first-ever bill to federally decriminalize possession of currently illicit drugs—and incentivize states to follow suit—is being introduced in Congress.

The measure, which will be filed later this week, is timed to coincide with the 50-year anniversary of President Richard Nixon’s declaration of a war on drugs that has contributed to mass incarceration, disproportionately impacted communities of color and created collateral consequences for countless Americans who have been criminalized for possessing certain psychoactive substances.

Reps. Bonnie Watson Coleman (D-NJ) and Cori Bush (D-MO) are sponsoring the legislation, which aims to promote a public health- and evidence-based approach to substance misuse. The bill is titled the Drug Policy Reform Act (DPRA) and was drafted in partnership with the Drug Policy Alliance (DPA).

The proposal would end the threat of incarceration for people caught possessing drugs for personal use. Courts would still have the option of imposing a fine, but that could be waived if a person couldn’t afford it.

Almost half of the federal prison population is currently serving time over drug-related offenses—a much smaller percentage of which is for possession alone—and so the direct impact of the legislation’s decriminalization provision would be somewhat minimal on incarceration rates, especially when factoring in the size of state-level prison populations.

Psychedelic Stock Watch regularly presents the two-part argument in favor of the normalization of (some) psychedelic drugs:

Couple this with the magnitude of need for these drug therapies. As many as 1 in 4 Americans already suffers from one or more stress-related mental health disorders – with these numbers soaring due to the enormous stresses caused by COVID-19 and the associated lockdowns.

The mainstream media has been banging the drum with increasing regularity on the potential of psychedelic drugs to revolutionize the treatment of many mental health disorders. Additional research is demonstrating enormous therapeutic potential for psychedelic drugs in other major treatment markets.

Even the FDA has been signaling a more open attitude toward the medicinal use of these substances. It has granted Breakthrough Therapy Designation for several psychedelics-based clinical trials. It recently approved the use of MDMA (by trained therapists), to better prepare them to administer psychedelics-based therapies.